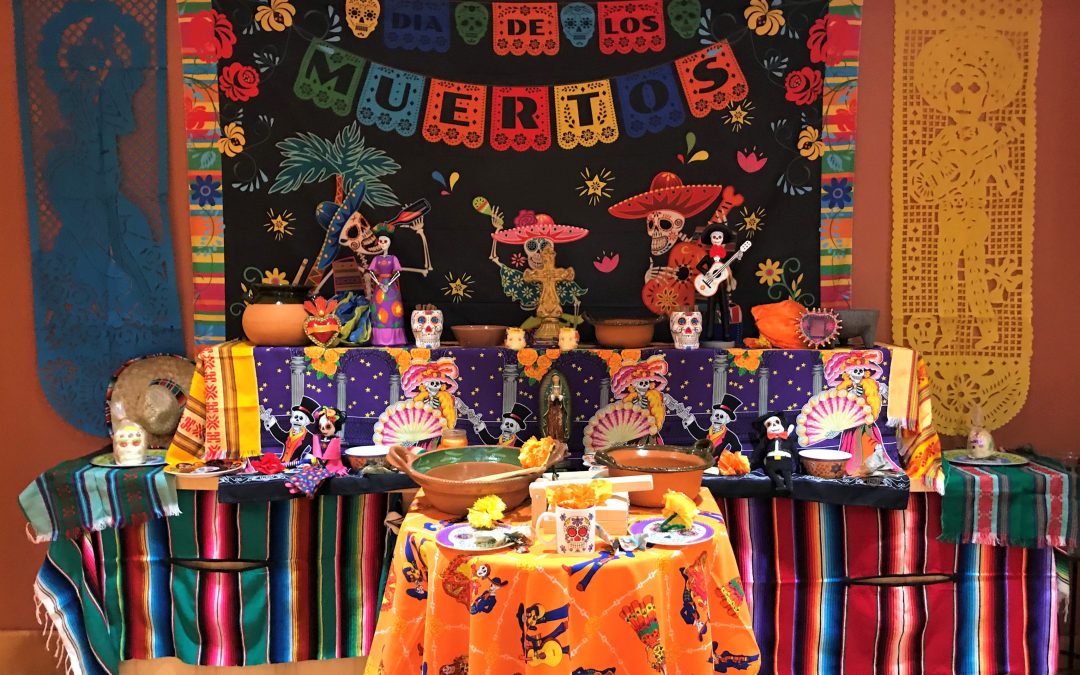 These observations blend several traditions that include Roman Catholic and Pre-Hispanic. They mark a time when the veil between the living and the dead is easily crossed by loved ones who have departed and who now come to visit.

Forms of celebration vary, but typically an altar (ofrenda) is set up in a home and laden with offerings to help the dead on their journey. The altar usually contains three levels representing heaven, earth, and the underworld, and can include items representing the four elements—water to quench thirst, fire in the form of candles to light the way, wind represented by incense from copal tree resin, and earth with food for sustenance on the journey. 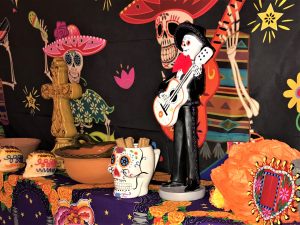 Sugar skulls and bright orange marigolds adorn the altar as well. Nestled amidst all these offerings are pictures of the deceased, who are honored and celebrated. Wherever and however el Día de los Muertos is celebrated, it is a time to revere and remember the deceased, to make sure they know they are never forgotten and are truly celebrated.

At our Meadowbrook campus, Spanish teacher Señora Geraldine Strub oversaw the creation of a colorful el Dia de los Muertos display to be enjoyed by students in grades 1–5 as part of their on-campus sessions. Grade school students created traditional crafts during their distance learning Spanish classes and families were invited to create an altar at home to honor deceased loved ones.

END_OF_DOCUMENT_TOKEN_TO_BE_REPLACED

The Lunar New Year starts at the first new moon of the lunisolar calendar that is traditionally used by many East Asian countries, including China. On February 12, 2021, we entered the Year of the Ox. The 15-day celebration with its themes of fortune, happiness, and...