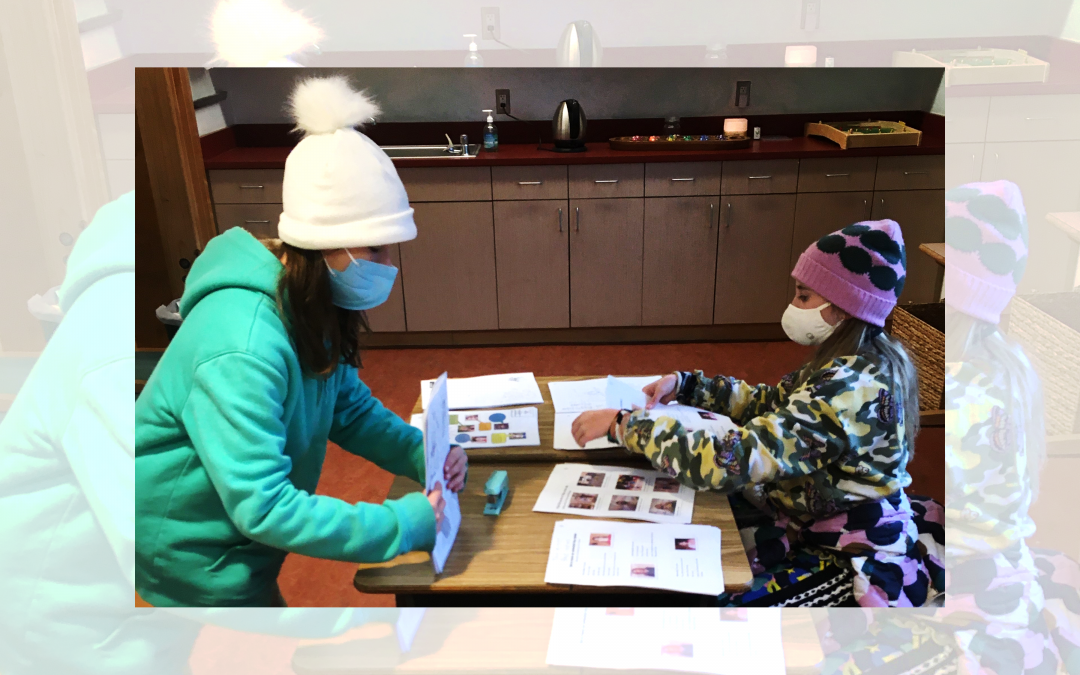 The advertisements came first, strangely enough. A recognizable form they could replicate — peppered with hilarity, of course. Gum you chew to annoy people. A big red button that if pushed would almost certainly not unleash anything terrible on the world. The nine students in the first-ever session of Club Reporter drew silly pictures to go with their ads, cracked each other up, and spent the last part of class playing kickball. 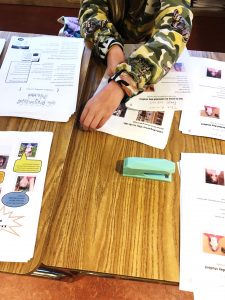 REPORTER MELINA ASSEMBLES THE FALL EDITION OF THE DRAGONFRUIT NEWS

The next week, students were ready to branch out a little further, interviewing each other and the Extended Day teachers for profiles, trying their hand at comics, and designing word searches and mazes. After four hearty rounds of voting, we named our fall newspaper The Dragonfruit News, and ran out into the yard for a round of kickball before sunset.

By the third class, these fourth through sixth graders were starting to act more like reporters, pitching ideas with little input from me, their trusty managing editor. They wrote unique essays and bios, made sketches, and took off on photojournalistic assignments. They gathered in groups to plan comics, and debated which surveys would have the most impact. Always, they ended with kickball.

At the end of our eight weeks together, our 16-page paper was hot off the presses. From a “kindness bubble” activity to a book excerpt, a photo essay to trading cards, the final 16-page newspaper had something for everyone. We decorated the farm-stand-turned-newsstand (thanks, Dr. R!), and sipped celebratory cocoa and tea as we passed out papers to students and teachers in Extended Day. Proud of the work they put into their first foray into the fourth estate — and rightfully so! — the merry band of junior reporters spilled into the field for a last round of kickball. 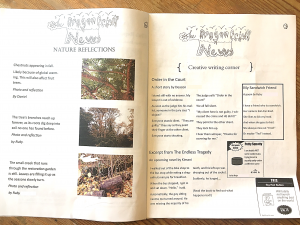 PAGES 6 AND 7 OF THE FALL EDITION OF THE DRAGONFRUIT NEWS SHOW STUDENT ESSAYS, SHORT STORIES, POEMS, AND MOCK ADVERTISEMENTS

Well done, club reporters! I’d be sad if I weren’t so excited to help you create The Icy Update this winter.

Shawna Gamache is an award-winning newspaper reporter who now splits her days between freelance work, novel writing, and her three fierce SWS grade schoolers. You can subscribe to her newsletter at https://shawnagamache.substack.com/ 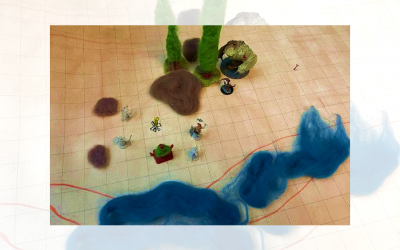 Late in the night, the young ranger of the outcasts rests in the treetop overlooking the sleeping campsite. Suddenly, the tree below them shudders with the impact of something massive slamming into its base. Just below, almost at eye level, a massive ogre sees him in...

END_OF_DOCUMENT_TOKEN_TO_BE_REPLACED 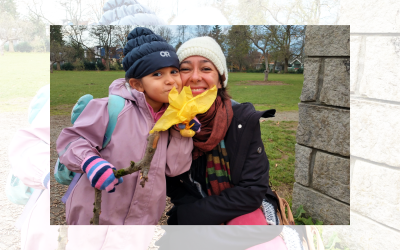