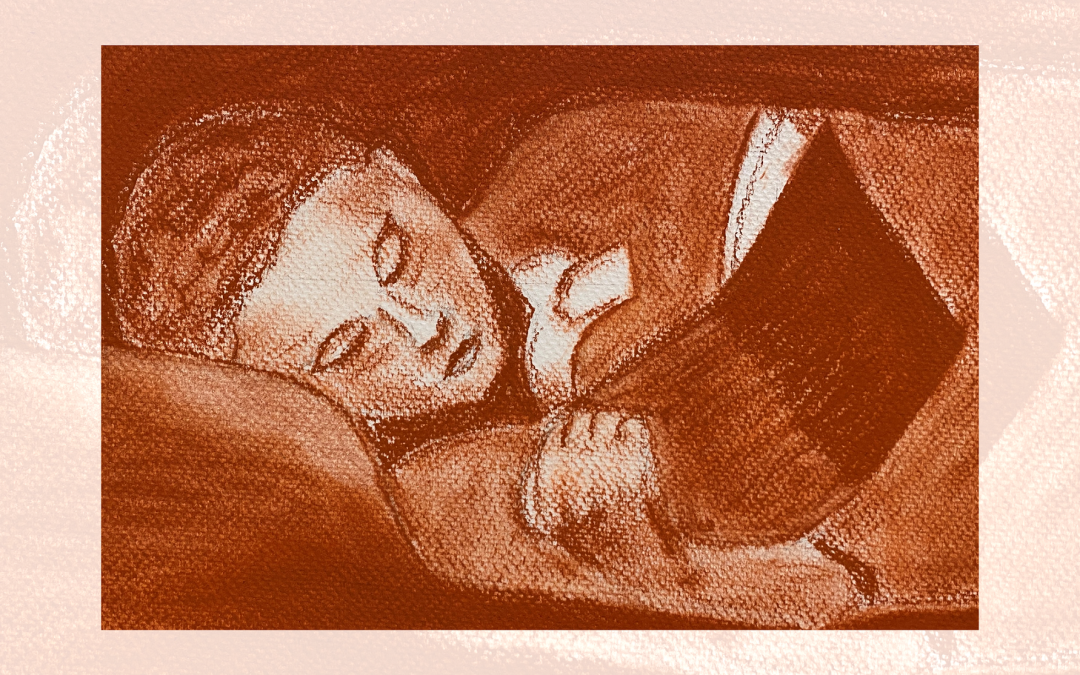 You can see the story in the very word. I always have. From my first tale of Mesopotamia baking the first bricks in the beating sun to ancient Greece- their wild myths, bloody, beautiful sacrifices, white-robed philosophers berating the universe for its equivocality. Roads that spread outwards like strawberry creepers in Spring took me to Rome- I saw the aqueducts, the senate, a one-eyed man destroying the bridge beneath his feet and plunging into a river to save his city. I fell with the empire, plunged with morbid passion into the dark ages, was reborn with the Renaissance. I took altogether too much glee in the falling of the guillotine and it’s sinister, revolutionist puppet-master. I have loved our story since the beginning, but it isn’t always an easy thing to do.

As the story comes closer the myth gets further away. The fantastical fades, the romanticism begins to stutter. We must stop daydreaming of the heroic wars of old, let the smile fall from our face, and listen as the story gets increasingly real, increasingly violent, increasingly hard to stomach. Weapons advanced until the mere names of them can end and begin wars. Industrialization came into its full, capitalist bloom and spread corruption like seeds to the wind. The corners of the map are filled in, and the heroes that were once described as the highest ideal of humanity look past the sea and see nothing but profit- at anyone’s expense but their own. Never are we told of beautiful architecture and clothing, of love and sacrifice eager with it, of the quirks of queens and the funny hats of bishops and the brave and frightened search for answers and all the things that endear us to the past. Now we sit at desks in a half-lit classroom, and we listen to one chapter repeat itself again and again and again. People are enslaved. People are murdered. People are wiped out, pushed out. People are taken advantage of, raped, tricked, bribed, bombed, beaten. Again and again and again.

The ancient Greeks had a story about the first humans ever made. They were called the Race of Gold. The rivers fed them milk and nectar and the oak trees dripped honey onto their lips. They loved one another, made no war or grief or quarrel, had no desire to possess more than they had. They were perfect, and they lived in happiness and died just the same. But eventually they all died out. The Silver and Bronze Race came next, and perfection slowly withers. The Iron Race, that last race, feels no shame, has no satisfaction, is always searching for more. They divide up the earth and wage bloody war over the borders of their own making. Their days are filled with toil and grief and violence. When they reach the climax of their evil- Zeus, king of the gods, will destroy the mortal race, who are unfit to live on the earth that is our mother.

We are the Iron Race, in case you hadn’t guessed.

And sometimes, often, I decide. Yes.

When my junior class was given Beloved by Toni Morrison, I anticipated nothing more from it than heartbreak and discouragement, and I was prepared to let that in. The last thing I expected from its pages was beauty. But I found it. Here, for the first time in years, was humankind as I knew it from my everyday life, humankind that ties back their hair and stretches and walks to one side of the room and then back to the other for no reason, that laughs while cooking and whispers over pillows at night, that falls in love with a stranger’s baby for the smile after her first blackberry, that lives for the time between the tragedies and not in anticipation of them. And when those tragedies struck, I was horrified, because I had seen the baby’s purple-toothed smile.

And when tragedy hit the pages of Maus, by Art Spiegelman, the freshmen class was equally upset. I spoke to them about their experience reading this groundbreaking retelling of the Holocaust and was met with far more insight than I expected from a roomful of highschoolers halfway through the school day. This book, they said, connected them to the story more than the hard facts and dead dates of any history lecture. They shared the fear and grief of this devastating time in history through a masterfully crafted landscape of ink and paper, pictures that both heightened the horror and connected the reader to a world they knew and understood. The visual aspect, they all agreed, made the story easier to digest and to accept as real history that happened to real people- and is still really changing the world today. I asked the freshmen class what made this book important, and this was one of their answers: that it displays the past continuing to affect the present, in relationships between father in son, between stranger and stranger, between a human and the world. History can be hideous, but to move forward we must look over our shoulders. The past may be past, but it is not gone.

This is Beloved and Maus’ power, and the power of all books of its kind. To bring the past to us in a way we can connect to, a way that is as humanly beautiful as it is humanly horrible. How unfair is it of history to define a group of people solely by the horrible things that happened to them? They are not only people who were slaves, or who were hunted for their religion. Arrested for their skin color or murdered for who they love. They are all of this, we know—and they are so, so, so much more.

To see that, to read it written so passionately and with such love for the people of the past, it brings the story back into to history. It gives the people who are remembered as heartbroken a chance to be beautiful at the same time. It reminds us that broken hearts are not healed by the end of suffering, just as a broken glass is not made whole at the end of the fall.

And it’s hard to read about, and it should be, but students understand this. Look around you. These are the years of facing the ugly truths of the past, owning up to old and new mistakes, disarming restrictive expectations in the face of a society that is built on them. We are the children of a realization that has taken a thousand years too long. This is our world, our responsibility, and our privilege.

Parents are calling to ban these books because they want to protect their children from the horrors between their covers. The ninth grade joined me in acknowledging that this is a valid concern. The contents of these books are intense and potentially traumatic, and students should have the right to step away whenever they need to. We will know when we need too. But we also know that it is important to try before we decide we can’t go on.

You taught us that. How many times in a person’s career as a parent do they say: “Never give up. Just because something is hard does not mean you should run away. Pursue it, stick it through, and you will grow.”? They mean, of course, don’t leave your bike out to rust after falling off of it once. They mean don’t turn in an empty math worksheet just because you can’t get the answers right away. But why should the pursuit of equality be any different?

We plant history like a garden. We decide which stories are flowers and which are weeds. We push up our sleeves and set our jaws and wrench at the roots of unwanteds until they break. But this garden isn’t half as beautiful without all of us in it. The flowers we choose to plant are important. The stories we choose to tell carry weight.

Stick with us through the scraped knees and the incorrect algebra, and we will grow. And maybe it doesn’t have quite as much of a nice ring to it, but let’s turn history into ourstory, and let’s listen to everyone who wants to speak.

Let’s remember that those who choose to plant a garden have a responsibility to all that grows. 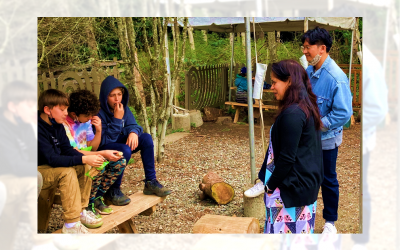 By Brandon Hoang Inspired to promote positive change and make an impact on their communities, Seattle Waldorf School students have begun to make a mark on their school. This all stems from the lunch clubs students are voluntarily attending during their school week....

END_OF_DOCUMENT_TOKEN_TO_BE_REPLACED 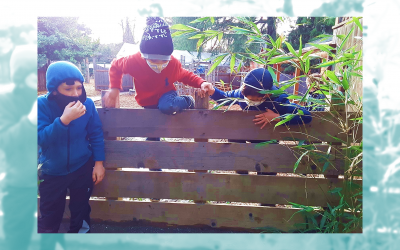 By Mikio Shioya and Syd Shannon Cool, muddy days are giving way to warmer weather! Students in grades 1–4 are outside and blossoming, right alongside the flowers, at our spring Obstacle Course Club. Jump here, side-step there, slow down and balance on this.... The...